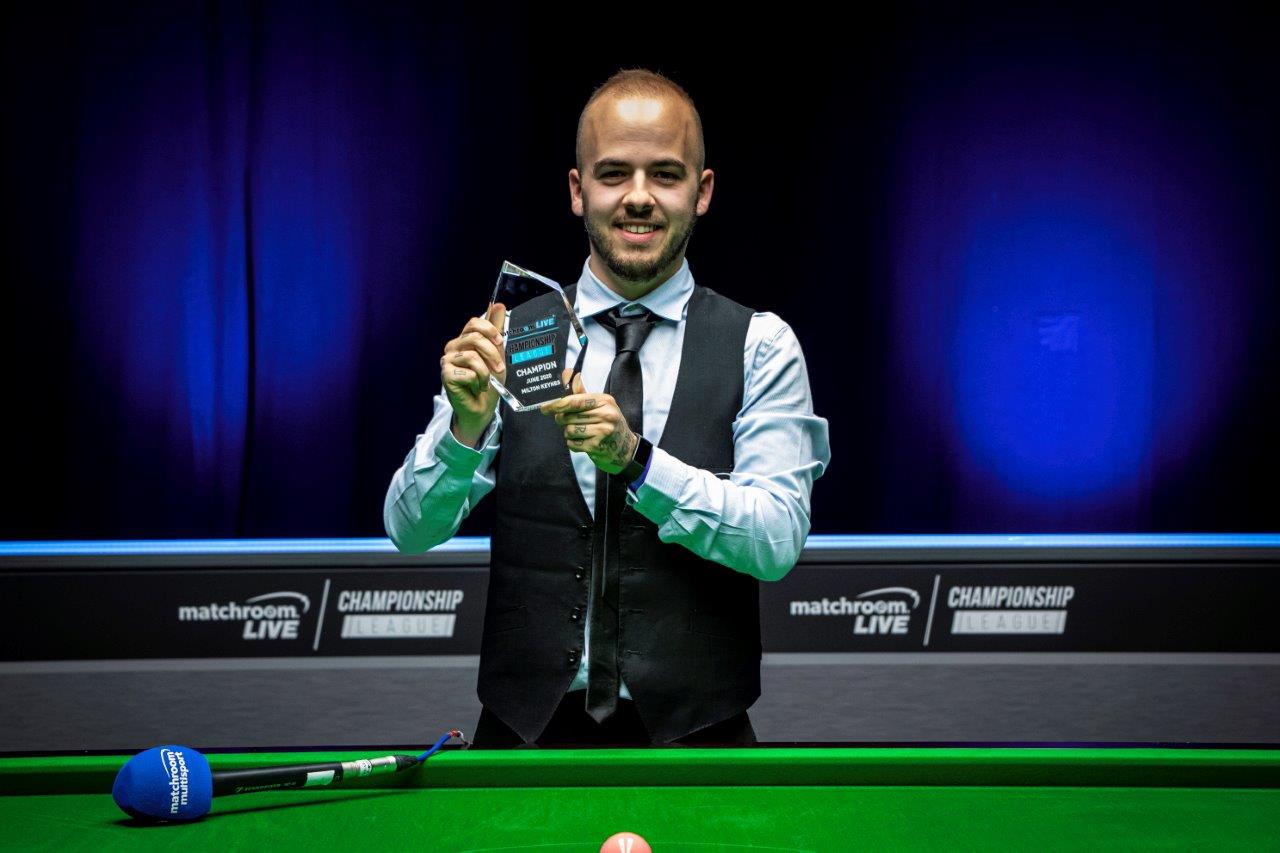 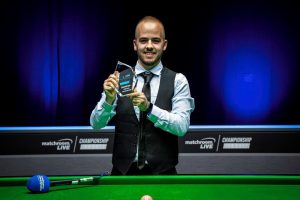 Luca Brecel produced a brilliant 111 break in the final and decisive frame of Matchroom.Live Championship League to lift the trophy and claim the £30,000 first prize behind closed doors at Marshall Arena in Milton Keynes.

The Belgian needed just a draw against Ben Woollaston in the last match of the Final Group, and got exactly that has he held off his opponent’s challenge, despite the Leicester man being in century-making form.

Brecel had four points ahead of the final match of the group, having beaten Stuart Bingham and drawn with Ryan Day. Woollaston’s win over Day provided him three points from the first two games, meaning a win for either would see them lift the trophy.

The Belgian took the opening frame with a 67 break to move within one of victory. However, Woollaston hit back with some fortune. On a break of 25, he played the pink to the left centre, splitting the pack with the cue ball. The pink rattled the jaw and flew across the table, only to bounce back and fly into the originally intended pocket.

From there, the Leicester man made his fourth century of the tournament – he’d only made two all season prior to this event. A 126 followed to take his ton count to five, but more importantly take the tournament down to its very last frame.

Woollaston was first to have a chance in the deciding match but missed a red, and on the very next shot Brecel sent a long one to the green pocket. That opened a good opportunity and the 2017 China Championship winner turned it into a title-clinching visit, concluding the tournament with a brilliant break of 111 to lift the trophy at the end of snooker’s successful return to competition.

“That frame was probably the biggest test of my career, because Ben was playing so well under the circumstances,” said Brecel, who won accumulative tournament prize money of £30,000 and a return to the Marshall Arena for November’s Champion of Champions. “To win a title, it’s amazing.

“Most of the time I am pretty cool under pressure but this time I was very nervous, I was shaking on every shot. As soon as I got to 50 or 60 I knew I wasn’t going to miss any more but before that it was a struggle. Maybe it didn’t look like it, but it was.

“I arrived back from Belgium on Sunday and had to play on Wednesday so I had to stay quarantined for three days, but if you win the tournament it doesn’t really matter.

“It is massive to get into the Champion of Champions and that made the final that bit more special, knowing that the winner would get in. That’s a massive bonus for me and I’m really looking to that already.”

Woollaston finished second in the group, level on points but with a better frame difference than third-placed Bingham. Day, who drew two of his matches, finished fourth.