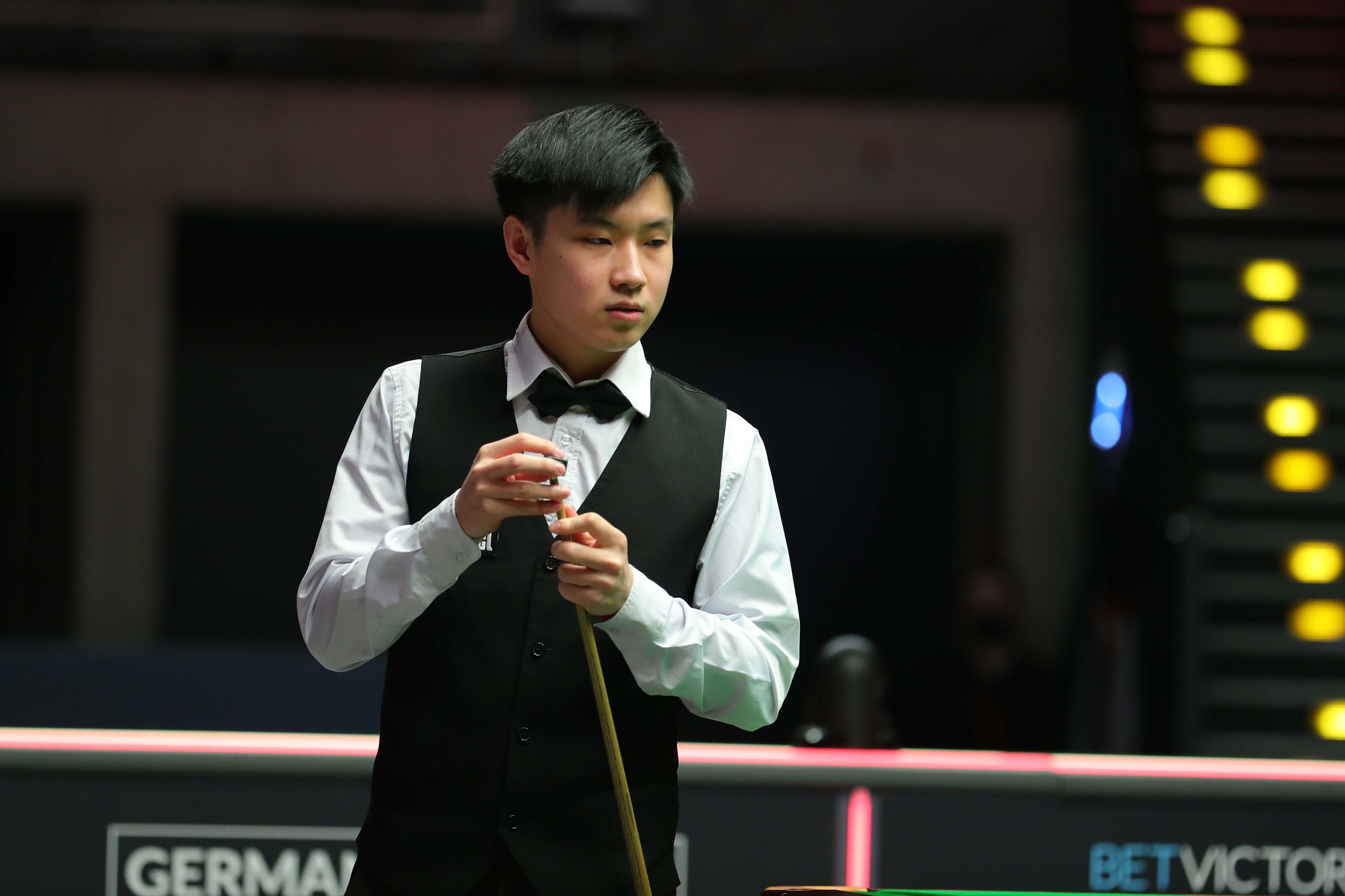 PANG AND ZHAO INTO FINAL DAY

Pang Junxu and Zhao Xintong won Groups A and D respectively to progress through to the final day of the 2022 BetVictor Championship League Snooker at the Morningside Arena, Leicester live on FreeSports, DAZN, Viaplay, Matchroom.Live and networks worldwide.

Pang faced the tricky challenge of Ronnie O’Sullivan, Ali Carter, and Yuan Sijun if he was to make the third stage on Friday. Yuan began the day with an impressive 3-0 win over O’Sullivan in an imperious display that included 74, 40 and 64 to seal the three points. Pang meanwhile took the opener against Carter who had breezed through his first stage group. Carter came back in the second but it wasn’t enough as Pang made 69 and 50 to take the win.

Carter’s hopes of progressing were soon ended by Yuan after a draw that did see the Captain take a 2-1 lead. The final frame was scrappy but Yuan edged it to seal it after 40 minutes of play.

Into the evening session and O’Sullivan knew he needed to make movement in his second match of the day with Pang in his way. Pang looked imperious after edging the first with a 147 attempt in the second failing at 104 to lead 2-0. O’Sullivan did come back with a break of 74 but another maximum attempt from Pang only for it to end at 73.

The 2021 Rookie of the Year knew a draw would be enough to top the group in his final match with Yuan who needed all three points to go through. Yuan made 57 in the first to lead but Pang came back to level at 1-1. Pang made 65 to get the frame he needed and progress to the next stage. Yuan’s final contribution of 73 meant they shared the spoils.

Over on Table 2, Zhao was in no mood to hang around as he beat compatriot Chang Bingyu 3-0 with a career-break high of 145 in the second frame before 70 in the final frame gave him the points. Mark Allen was on the end of a 3-0 defeat to Gary Wilson in the next match before Allen recovered to beat Chang 3-1 and keep the group wide open going into the evening with three players on three points.

Zhao knew that he could put things beyond doubt with a strong showing at the top of the evening session over Wilson and he did just that in just over half an hour. The Cyclone was breaking heavy again thanks to 123, 46, and 101 to be in an unassailable position to top the group with a game to spare.

Wilson beat Chang 3-1 in the penultimate match of the day to take second before Zhao and Allen took a point apiece in the closing match. Pang returns on Friday in Group 1 whilst Zhao is in Group 2.

BINGHAM AND XIAO INTO FINAL DAY