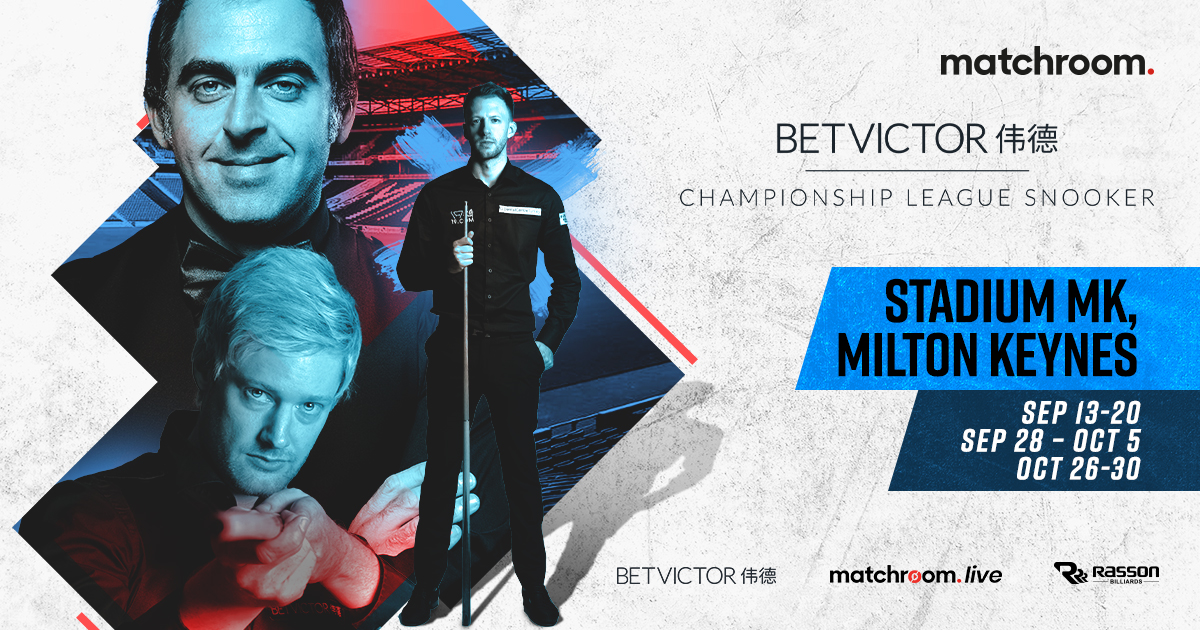 London/Gibraltar, September 11th 2020 – Matchroom Multi Sport is pleased to announce that BetVictor, a leading online gambling company, will be the title sponsor of the next two stagings of the BetVictor Championship League Snooker, which begins at Stadium MK, Milton Keynes on Sunday, September 13th.

Following the unprecedented success of this summer’s Championship League, the event has been expanded to a full WST ranking event featuring 128 players over 21 days, split into three weeks across September and October.

The popular group format employed during the summer’s Championship League returns, with players split into 32 four-man groups for Stage One and prize money standing at £328,000. World No.1 Judd Trump gets the tournament underway on September 13, while newly crowned six-time World Champion Ronnie O’Sullivan enters the fray as the second seed on October 5th.

“This new agreement builds upon their support of snooker and we’re thrilled to be able to work alongside BetVictor with a longer-term commitment for the next two Championship League Snooker events.”

BetVictor Director of Sportsbook Matt Scarrott added: “It’s a pleasure to team up with Matchroom Multi Sport again and we’re really looking forward to what should be a fantastic tournament. There’s plenty riding on it for the players with the Championship League Snooker now a full WST ranking event and we’re expecting three weeks of exciting, high-quality, quick-fire action.”

With more than 500 employees across its headquarters in Gibraltar and tech hubs in Budapest and London, BetVictor is an established innovator in the gambling industry.

Established in 1946, Michael Tabor acquired sole ownership of BetVictor in 2014 having previously been a major shareholder in the business.