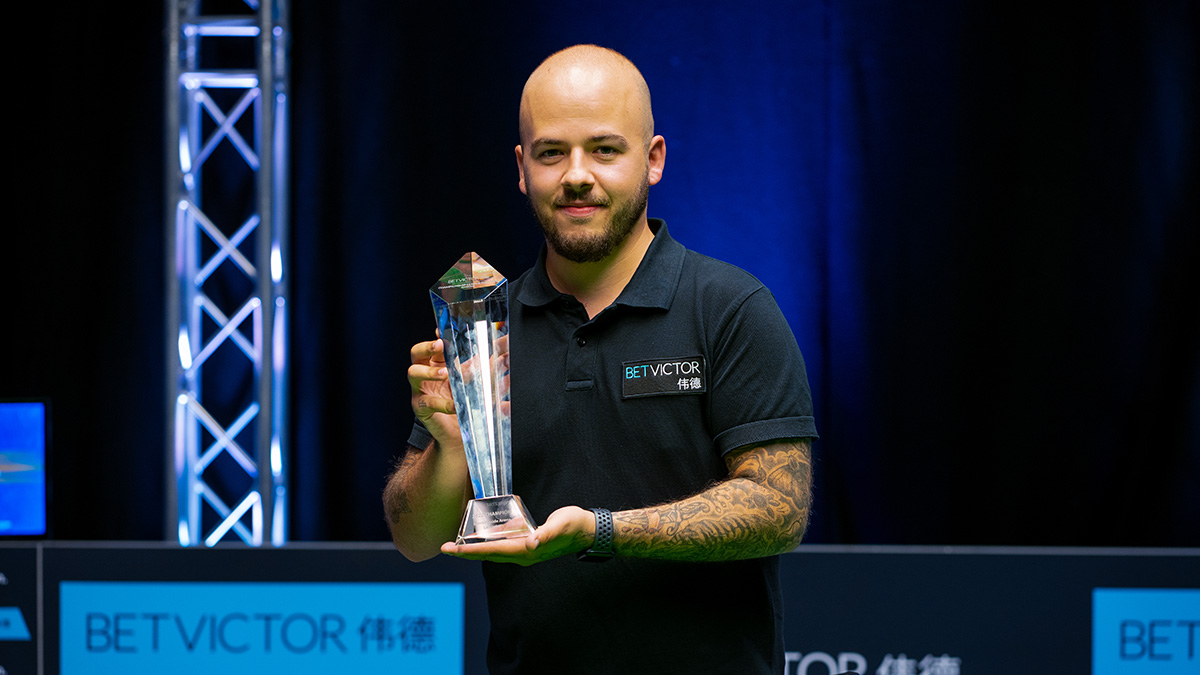 Brecel started the day out in a group of Zhao Xintong, Xiao Guodong, and Lyu Haotian. Zhao got the group off to a winning way with three points over Lyu before Brecel’s day got off in the worst possible way in defeat to Xiao 3-1.

The loss seemed to kick the fire inside Brecel though who was straight back on to defeat Lyu 3-0 in quick time. The Scottish Open winner made 93 in the first before doing enough damage in the second to take a 2-0 lead. A one visit of 108 did enough in the final frame for Brecel to get three points up and be off the mark for the day.

Zhao looked imperious earlier in the week and he continued on that way into the evening session beating Xiao 3-1 to sit at the top of the group knowing a point in his final match against Brecel would be enough to see him through to the final.

Brecel looked like a man on a mission after the opening defeat and he took the opening frame off Zhao with a break of 82 to put it beyond the UK Championship winner. Several short breaks from Brecel in the second gave it him 68-0 to be one away from the final. Zhao made 51 before failing to make the most of the balls being well positioned for Brecel to capitalise and book a spot in the final.

Lu came into the final after topping an edgy Group 1 on Table 2 that saw it inseparable in the afternoon as all three matches ended up in draws with Stuart Bingham, Ricky Walden, and Pang Junxu all unable to find a win much like Lu.

Into the evening and Lu took the early initiative with a strong showing against Bingham 3-1. Bingham had taken the first frame but Lu came back with breaks of 52, 64 and 64 to become the first winner of the day in Group 1. Lu knew due to the other results, three points over compatriot Pang would settle it and give him a maiden ranking event final. Lu took the opening frame thanks to a contribution of 66 before edging the second to have one foot in the final. It only took one visit in the final frame of the match from Lu to take it with 77 in the last.

Lu made 67 in the first frame but Brecel stole it on the black to be one ahead. From there, Brecel found a rhythm again despite losing the second frame to Lu who made 73. In the third, the Belgian Bullet contributed with 72 of his own to be one away from victory. Brecel has won another version of Championship League Snooker in the past and he punched the air as he made the black that took him over the line to seal another ranking event victory.

“I feel fantastic. I played so well for the whole tournament. I felt like I was playing in practice. I really enjoted it. To be here as a winner is strange, because I could’ve lost the last game today but I had to win 3-0 so it was crazy. Zhao missed a couple at the end with the rest which he usually makes.”

“It’s unbelievable. This is all your can wish for. It’s the best start you can hope for. I can’t wait to play in the next tournament in Germany.”

Brecel his dad being with him this week: “It’s fantastic. It’s the first time with him since I have won a trophy. All the other times, I was alone. This one is for him.”

Brecel moves up to ninth in the provisional WST Rankings.

Fans who missed the final will be able to enjoy it in full on the Matchroom Multi Sport YouTube channel from next week. Subscribe here.

Brecel is part of the 2022 Cazoo Champion of Champions at the Bolton Stadium Hotel, University of Bolton Stadium from October 31 to November 6 with tickets from £15 available here.