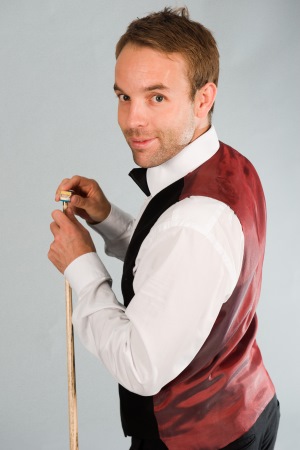 Ali Carter won all three of his matches on the first day of Group Six of BetVictor Championship League Snooker, continuing his fine run of form since entering the event at Stadium MK, Milton Keynes earlier this week.

Carter topped the league standings in Group Five before losing out to Mark Williams in yesterday evening’s play-offs. However, the Essex man rolled his momentum into the next group, beating Mark Williams and Joe Perry 3-0 before a 3-1 success over Li Hang.

Anthony McGill tops the table having won one frame more than Carter, but the Scot has also played a match more than the Essex man.

David Gilbert and Mark Williams both have two points to their name, while Liang Wenbo and Li Hang  have one win each but played already played four of their six group matches.

Joe Perry is bottom of the overnight group table having suffered three defeats on Friday, but with three more matches to play ‘The Gentleman’s’ fate remains in his own hands.

Each of the seven players in the group faces each other once in the round-robin stage, after which the top four players in the league table progress to Saturday evening’s play-offs. The eventual group champion will advance to Winners’ Group in April.

The remaining players who finish in the top five during the league phase will continue to Group Seven which begins March 30, when three new players will join the tournament. The bottom two players in each group are eliminated. All matches are best of five.