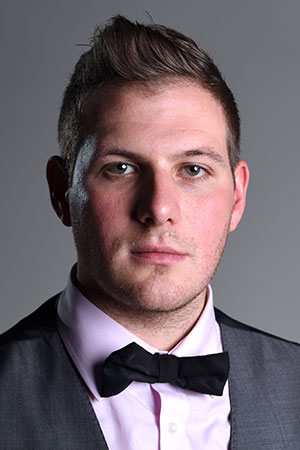 CHANG AND WELLS NEXT INTO WINNERS' WEEK

Chang Bingyu and Daniel Wells won their respective groups to reach Winners’ Week of the 2022 BetVictor Championship League Snooker at the Morningside Arena, Leicester live on FreeSports, DAZN, Viaplay, and Matchroom.Live around the world.

In what proved to be a tough day in Group 20, Zhou couldn’t get the better of veteran Fergal O’Brien despite a break of 106 in the third frame to start the day. Englishman Mark King struggled early doors as Chang got the first win of the group on the board in a whitewash. King did bounce back to end the session though with victory over O’Brien after breaks of 32 and 58 in the first two frames helped him along the way.

Zhou rattled in a 3-0 win over compatriot Chang at the top of the evening with three heavy breaks of 95, 96, and 132 to assert his intentions of progressing into Winners’ Week. Despite the setback against Zhou, Chang had his own ideas of progression and had a whitewash of his own, this time against O’Brien. In a far cry from what was witnessed against Zhou, there was a fresh lease of life in Chang’s cueing as he came good with breaks of 20 and 40 in the first, 80 in the second, and 34 to seal the deal in the final frame to put the pressure firmly on Zhou.

The picture was clear for Zhou in the last match of the day against King. A victory for Zhou would see him through whilst a draw would not be enough due to Chang’s six points from three games. King took the opener to turn the pressure cooker up on Zhou but he came back with a fine clearance of 135 in the second frame to keep things alive.

Zhou was behind and under it in the third frame needing a snooker with King leading. A misplaced shot on the yellow saw him pocket it rather than make it safe before being left with no position on the green which led to a miscue and foul to tie up his fate and put Chang into Winners’ Week.

In Group 18, Matthew Selt, Dominic Dale, Duane Jones, and Daniel Wells did battle for the next spot in Stage 2 and Wells snatched up his opportunity to become the first amateur to progress to the next stage. Wells and Selt drew before Dale beat Jones to keep things open early on. Wells then came back out and was 1-0 down to Dale before he was gifted his chance with Dale 62 to the good. From then on, Wells tied it up with a break of 70 and he was on a roll from there for his first three points of the day.

Selt had his second point of the day against Jones after the former Indian Open winner led 2-1 thanks to the highest break of the tournament so far (141) but it didn’t prove to be enough to keep hopes alive with Jones stealing the final frame.

Wells’ passage was soon clear with a steely showing over Jones for a 3-0 win to top the group before Selt got round to playing Dale. The first frame was nervy as he edged it 71-63. Following breaks of 63 and 80 put him through to the next round.

Wells: “Topsy turvy at times but I felt like I cued really well. I let a 2-0 lead slip against Matt Selt. I felt like I lost that. Dominic let me off in the next game. I felt fortunate at times but I played well. I have been under the radar and in the doldrums for the last few years. previously, when I had opportunities to clear, I wasn’t doing so but I did today. I have that bit of extra trust in myself. The more matches I keep winning the better for my confidence really.”

JIMMY ROBERTSON AND STEPHEN MAGUIRE NEXT THROUGH

CARTER AND PANG INTO WINNERS’ WEEK