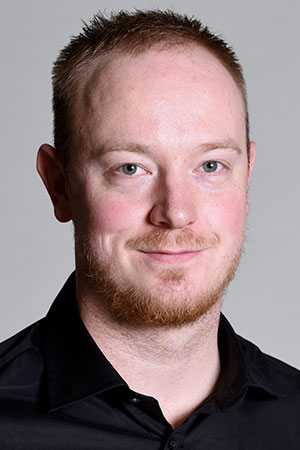 MICHAEL JUDGE ROLLS BACK THE YEARS TO REACH WINNERS' WEEK

Judge’s Group 6 of Zhang Anda, Luke Simmonds and Kyren Wilson was one of the tightest seen in Championship League Snooker history as the morning session saw all four players go into the break without either a loss or win after three draws. Simmonds had given Wilson an early scare as the Q School top up did lead 2-0 and look set to complete a whitewash win over the previous champion.

The evening action continued the same after Wilson and Judge shared the spoils with this time Wilson losing a 2-0 lead despite looking the better of the two after a break of 88 in the second frame. That result left all four players on two points and within a shot of glory and Wilson’s high break of 98 in his comeback against Simmonds saw him top of the group.

Judge and Simmonds went out within a shot of making life uncomfortable for Wilson and Zhang who would end up playing out their match on Table 2 due to the swift nature of Wakelin’s group.  Simmonds took the opening frame in a scrappy affair 56-46 but Judge came back into it with his vast experience with a break of 77 to level matters. Judge was away from the tour for a decade before his return and the veteran was looking better as the contest went on. The Irishman sealed the first win of the day in the group to move top of the table with what proved to be the only win of the day.

Zhang took the opener in the final match of the day with Wilson after a break of 87. Wilson carried a 38 lead against Zhang after an opening break of 63 in the second frame but left his opponent for a chance to get back in it, but it was short-lived when Wilson was given his moment to pot the last red and leave Zhang needing at least a snooker and it was 1-1. Wilson took the following frame to be one away from the next stage, but a draw would see Judge make it.

At 15-19 in the decider, Wilson’s break finished after missing the black off the spot and from there Zhang rallied with a break of 65 to send Judge through to Winners’ Group.

“I felt I played quite well in patches. I am still not back to my 100% yet how I used to play. I am already. lot better than last year. I have been practicing hard. A lot of hard work I have even been swimming and all. I am going to give this year a proper go and show that I can still play this game like I used to. It was like coming back to a new tour. The game changed when I fell off.” – Judge after topping the group.

Wakelin had a much clearer path to Group 26 victory live on the Matchroom Multi Sport YouTube page. In a group of Tom Ford, Ian Burns, and debutant Anton Kazakov, Wakelin shone through after two morning victories over Burns and Kazakov respectively by the scorelines of 3-1 and 3-0 put him into the ascendancy. Kazakov had got his professional career off to the best of starts after victory against Ford in the opening contest of the day.

Ford and Burns finished 2-2 after a brilliant 131 from Burns had left him two to the good and well in the picture for top spot in the group but that was short-lived after Ford came back into it to force a draw.

With the way results had gone, Wakelin knew that one frame from Burns against Kazakov would end any hopes of the latter making it through on frame difference and that’s what happened to put the Rugby man into the next stage with a game to spare. Ford still had time to lift himself off the foot of the table though and earn some prize money as he whitewashed Wakelin 3-0 to wrap up the evening action in Group 26.

2022 BetVictor Championship League Snooker continues tomorrow with Luca Brecel in action on Table 1 in Group 10 live on FreeSports and Matchroom.Live in the UK and networks worldwide with Zhao Jianbo, Robbie Williams, and Oliver Brown whilst Lu Ning leads Group 29 with John Astley, Oliver Lines, and Chen Zifan live on the Matchroom Multi Sport YouTube for free. See where to watch here.

ZHAO AND HAMILTON INTO WINNERS’ WEEK

BRECEL AND LU INTO WINNERS’ WEEK