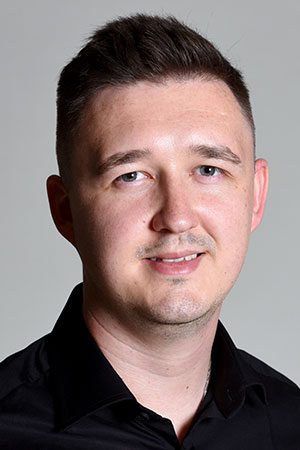 Wilson came through a tricky group of Matthew Stevens, Ken Doherty, and Oliver Lines to set up Group 1 alongside Bai and the winner of Groups A and B tomorrow.

The reigning champion began his day against Doherty, who he faced in the Finals Day group last time on his way to victory. It was the same story as last time with three points for the Kettering man with the best break coming in the last frame (92). A two-all draw for Stevens and Lines in the next encounter kept Wilson in pole position before Doherty beat Stevens 3-1.

Those afternoon session results meant Wilson could secure the group with a win over Lines in the opening match of the evening and he delivered just that in a solid showing. Wilson took the opening two frames meaning he only needed one more for victory. The 147 watch was on in the third for Lines who broke down at 80 where it seemed the cue ball was always moving away from position A.  The job was complete for Wilson in the last frame to secure his second win of the day and top the group.

Lines went back out against Doherty taking all the points in a 3-0 display to take the second spot in the group and £3,000.

Wilson lost out in his last encounter 3-0 to Stevens and he was full of praise for his opponent: “It was nice to actually see with nothing being on the line how well Matthew played. Because growing up he was one of the ones at the top of the game, he was one of the flair players and I always enjoyed watching him.”

On a hat trick of CLS titles: “I don’t know what it is. It’s just very laid back. The lads have a bit of a laugh backstage. You chat to the commentators; you get fed well. I enjoy the laidback atmosphere of the event.”

“I haven’t felt comfortable at all, it’s the first tournament of the season. I’ve not really put the work In I’d like to. I’ve got a young family. For me, it’s a nice bonus to still be in this tournament.”

“It would be lovely; I don’t think it’s been done before. Any sort of record in snooker nowadays is nice to have.”

Bai meanwhile came through a group of David Lilley, Mark Davis, and Noppon Saengkham to book his place in the final eight.

The 19-year-old started with a draw against Saengkham whilst Lilley beat Davis before losing out to Saengkham meaning there was work to do for Bai.

Bai beat Davis 3-0 to start the evening session on table two and that proved to stoke the fire after Davis then went on to beat Saengkham.

Those set of results meant it was simple for Bai in the final game. A win or draw against Lilley would take him into the next stage whilst a loss would send the World Seniors champion into Finals Day. Breaks of 88 and 92 in the middle two frames were decisive in the end for Bai after Lilley had taken the opener to give himself that chance of qualification. The points were shared, and Bai topped Group C on five points from three matches.

Tomorrow is the final day of second stage action from the BetVictor Championship League Snooker with World No.1 Judd Trump on Table 1 with Tom Ford, Stuart Carrington, and Jimmy Robertson.

Table 2 action will be live on Matchroom.Live where reigning Champion of Champions Mark Allen headlines with Ricky Walden, Peter Lines, and Fergal O’Brien.

Action gets underway from 12 noon (UK time), and is live on FreeSports TV (UK), DAZN, Zhibo.tv (China), and Viaplay.