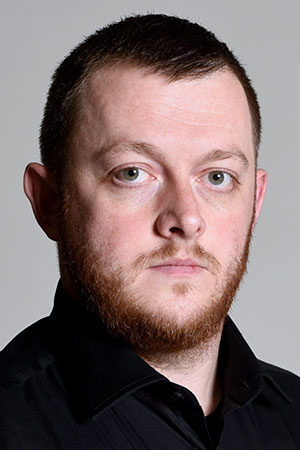 Tom Ford and Mark Allen progressed to the Final Day of BetVictor Championship League Snooker at the Morningside Arena, Leicester.

Ford had to come through a group of Judd Trump, Jimmy Robertson, and Stuart Carrington to book his place in Group 1 on the final day.

The Leicester cueist started off in the worst possible fashion with defeat against Carrington but from that point onwards he didn’t lose a frame on home territory going on to resoundingly beat Roberton 3-0 in the following match.

Trump meanwhile had started his day with a draw against Robertson having gone two nil up meaning it kept the group-wide open at the interval having only played one match.

The evening began with Trump taking all three points against Carrington 3-0 setting up a final match decider against Ford knowing a point would do as long as his high break of 128 held out.

When it came down to it Ford started the quicker of the two with the opening frame with a brilliant clearance of 124 and he quickly followed that in the second with a break of 77. That frame meant it was only one more for victory and Ford securing his place in Finals Day whilst Trump would need to take the match to its end.

Ford had other ideas though quickly wrapping up the match to seal all three points and his place in Finals Day in Leicester.

Ford on playing in Leicester: “The thing that was going through my head is what am I going to do to get childcare. It’s weird being in Leicester. You can’t get yourself up for a proper match. You can’t have the routines. I woke up this morning and I am getting my little boy ready to go to my Mum’s and then all of a sudden I am going off to play a snooker match.”

“It’s going to be a tough one tomorrow, I played well today. The first group I played awfully, and I just scraped through on the last match. Today, I played awful in the first match but then I started to get down and play quick.”

On his final group: “Mark Allen does my head in, we’re good friends off the table but I’ve never beaten him. And he winds me up. He’s a good player and when he gets in he scores heavy. It’d be great to get into the Champion of Champions, I’ve never played in it before. It’d be good to get a ranking title under my belt.”

Allen is the reigning Champion of Champions and he showed the form that won him that title on the final day of the second stage of BetVictor Championship League Snooker. The Northern Irishman started the day imperiously with a 3-0 win over Fergal O’Brien that started with a break of 115.

He continued the strong showing in his next match against Peter Lines who he dispatched 3-1 meaning he went top of the group going into the evening session.

The closest competitor for Allen came in the form of an inspired Ricky Walden who hadn’t played competitively since the opening day of the tournament. Walden had begun strongly with two wins making it a group decider with Allen for a spot in finals day.

It was a procession in the end for Allen beating Walden 3-0 with a break of 110 in the final frame to mark his 500th century in the paid ranks.

Allen: “It is going to be a very tough group on Finals’ Day, you expect nothing less. It’s going to be tough, but I didn’t expect anything but that.”

On winning the title: “It would mean a lot, it still means you’ve started the season well and you’re full of confidence going into the bigger ones.”

“You need to build. You can’t play well all year round. You have to try and peak at the right times, and that’s hard to do, but if you can build confidence slowly as the season progresses.”

On 500 centuries: “It was on my mind because my dad has been at me all the time about it before I played in group 1 he told me, he wanted five 100s and I only made three that day, he will be chuffed to make 500.”