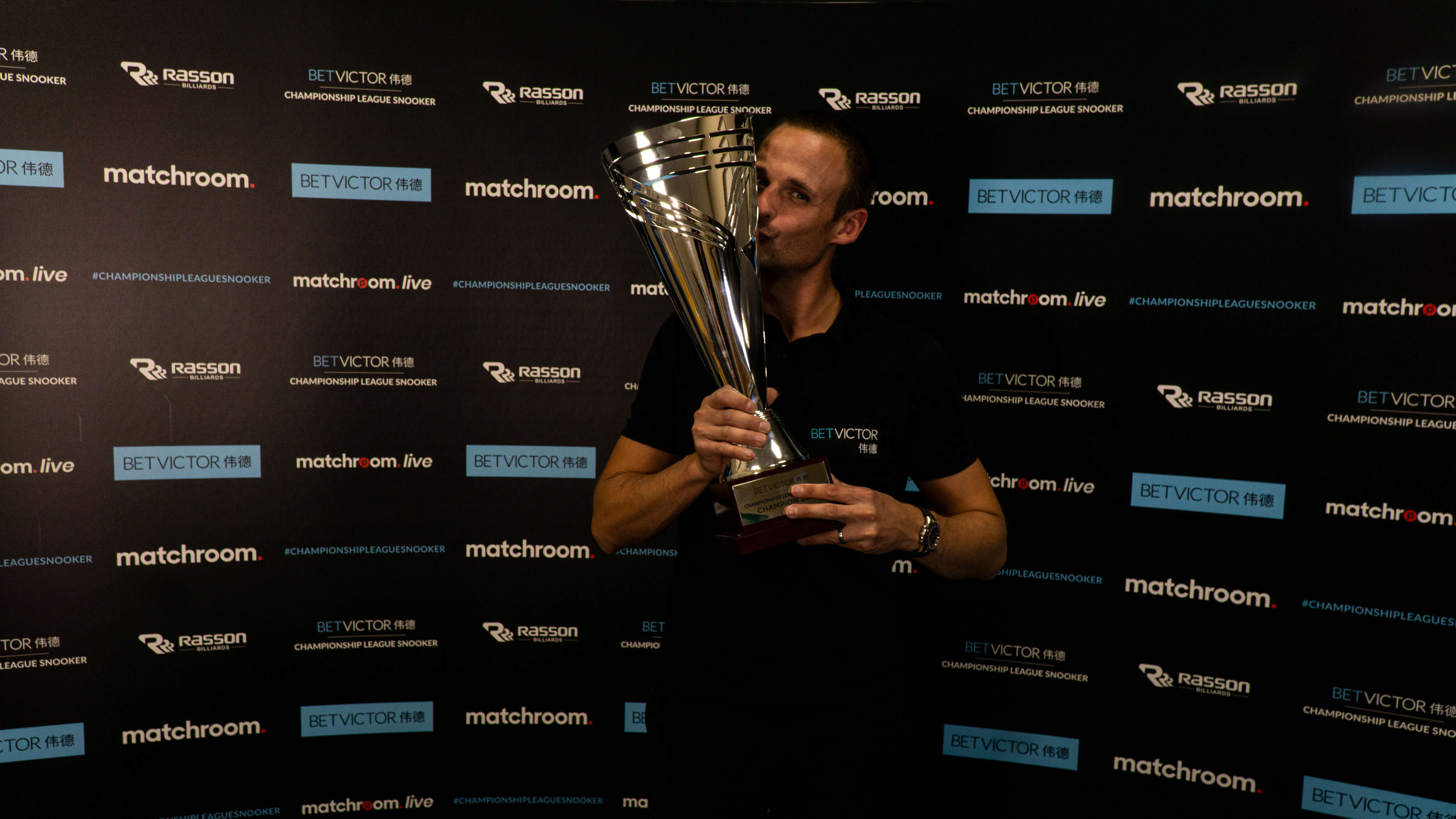 In the 253rd and final match of the tournament, Allen started off from where he left off with a clearance of 102 in the opening frame. The Angry Farmer responded immediately taking the second and third frames. The third to go 2-1 up, coming from breaks of 32 and 44. The fourth frame brought the decisive moment and match-winning moment. Allen tried to play safe on the red early in the frame, but he left a gilt-edged opportunity for Gilbert who lapped it up.

The final frame did prove to be cagey though, a break of 57 early on meant Gilbert was in pole position before going for the penultimate red that Allen picked up on getting to the yellow, but it was at that point Gilbert pounced to seal the title and take home the trophy.

Gilbert: “I felt really good, got to 50 odd and new I needed red, colour, red, overran the black but still felt calm and in control of the frame. I played a bit of a shocker on the last red, but I went for it, got too much side but was very lucky that for once Mark didn’t clear up.”

“I’m only used to loser’s speeches, so I don’t know quite what to say. It’s fantastic, a great start – last year was quite tough so to open with a win is brilliant. Hopefully I can start playing well again and compete in other tournaments too.”

Allen’s progression to the final came more simpler than expected after back-to-back 3-0 and 3-1 wins over Tom Ford and Bai Langning. Those two wins came off the back of an early draw for reigning champion Kyren Wilson against Bai.

The evening session began with Wilson drawing with Ford ending any hopes of clinching the title once again, handing Allen a spot in the final against Gilbert. Allen couldn’t have warmed up in any better way for the final beating Wilson with breaks of 126, 127 and 146.

Gilbert’s route through in Group 2 started with a loss against his closest competitor Cao Yupeng but recovered from there on beating Ryan Day 3-0 to be at three points at the break. Cao’s defeat to Ali Carter meant Gilbert was still right in contention. Gilbert beat Carter 3-1 meaning Cao had to beat Day 3-0 or else Gilbert made the final. Day took the first frame against Cao meaning it was Gilbert who moved to the final.