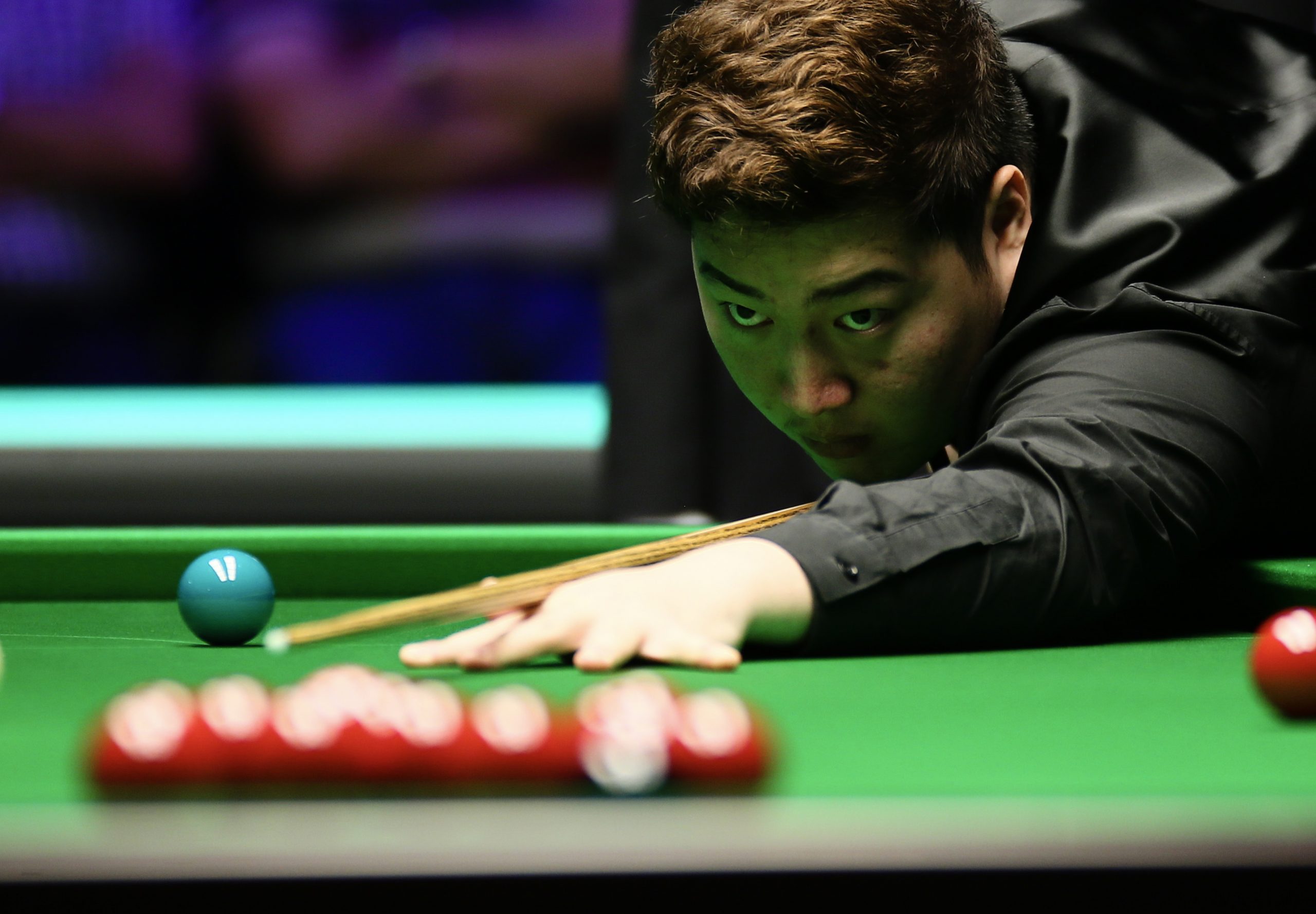 Yan Bingtao and Matthew Selt are the next names into the second stage of BetVictor Championship League Snooker at the Morningside Arena, Leicester.

Yan eased through his group that contained Jamie Clarke, Louis Heathcote, and Robbie McGuigan with relative ease only dropping two frames in the process.

The 2021 Masters Champion was the highest seed of the two groups on offer on day 13 and he indicated why moving through the gears first against McGuigan with a high break of 94 in a whitewash. Yan continued his ascent to the next stage with a 3-1 win over Heathcote, a classy clearance of 130 the pick of the bunch.

The closest rival to Yan came in Clarke, the Welshman started out with a two-all draw against Heathcote leaving him with plenty of work to do to progress. A 3-0 win over McGuigan ignited hopes meaning he sat two points off Yan heading into their decider that finished the day.

When it came down to the decider, Yan only needed two frames to secure the top spot and he went one better claiming all three points to go three wins from three with a break of 114 in the final frame to seal things.

Yan said: “I am very happy because, in the last month, I have practiced and practiced every day. I have worked very hard. I practiced lots and I feel confident, I am happy. I just played this group first group last year and I played well in the group and finished second. This year I enjoyed the match table.”

“I played better today than in practice. It’s the first time I’ve got to the next stage of this competition. I think the next session will be tough. Maybe I can stay two or three days (to reach the final day of CLS) and I am looking confident here so far.”

Group 27 on table two featured Selt alongside Ashley Carty, Lukas Kleckers, and Fraser Patrick. The group panning out to be far less simple than possibly hoped for table topper Selt. With only one game to go for each player, Selt, Carty, and Patrick were all within a shout of going through.

Back-to-back draws in low scoring affairs against Patrick and Kleckers left former Indian Open champion, Selt needing a win against Carty and results to go his way to secure a passage to the next stage.

Three points against Carty included Selt’s best break of the day (63) to leave him on five points at the top and awaiting other results to see if he’d make the second stage next week. That win eliminated any hopes of Carty making it through.

Patrick meanwhile went into the last match of the day against Kleckers on two points but a win would move him potentially top of the group either on high break or frame difference depending on how it panned out.

Kleckers soon put the brakes on Patrick’s second stage ambitions though, taking the opening two frames including a break of 91 in the second which handed the group to Selt. The 3-1 win for Kleckers meant Patrick went from potentially finishing top at the start of the match to finishing the day bottom of the group.

Coverage begins at 12 noon (UK time) and is live on FreeSports (UK), DAZN, Zhibo.tv (China) and Viaplay, with Table 2 live globally at Matchroom.Live. Full broadcast details can be found at https://championshipleaguesnooker.co.uk/watch/

Murphy and Stevens into stage two