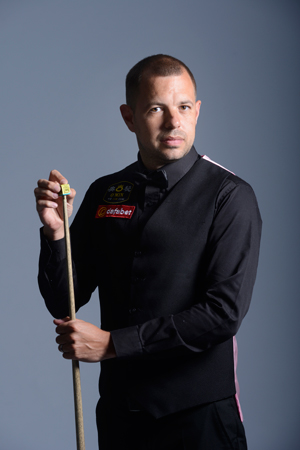 Barry Hawkins and Stuart Carrington won through the fourth day of BetVictor Championship League Snooker to book their places in Stage Two at Morningside Arena, Leicester.

Both players ended the day with seven points to top their respective groups, and both did it by drawing their final match of the day; Hawkins against Ben Woollaston and Carrington against group seed, Welsh Open champion Jordan Brown.

Hawkins had beaten Kuldesh Johal and Zak Surety, both 3-0, to take pole position in Group 28 ahead of his match against Woollaston. The Leicester native had also defeat Johal 3-0 but a draw against Surety meant he would have to beat Hawkins to advance.

Woollaston took the first frame but the Hawk hit back with a 93 and despite a contribution of 44 from the Leicester man, it was Hawkins who took the third frame to ensure his progression.

“It is the first tournament of the season, everyone is probably a bit rusty but I need to step it up now,” said Hawkins. “I did all the hard work but butchered the green in the third frame against Ben but luckily for me I knicked the frame and the job was done.

“I don’t have real goals for the season but like everyone I’m looking for a win. It was warm in the arena so conditions were tough, a little bit clammy.”

Carrington also advanced by taking the third frame of his final group match to ensure at least a draw against Brown. Carrington had earlier defeated Duane Jones 3-0 and Michael Judge 3-1, while Brown had beaten Judge 3-0 but dropped points in a 2-2 draw with Jones, giving Carrington the advantage in what was the decisive match of the group.

Like Hawkins on the adjacent table, Carrington fell a frame down before taking the next two to advance, Brown’s breaks of 45 and 79 in the fourth were important for him though; they meant he would finish second and pocked £2,000 for his day’s work.

“I was pretty solid and started off with a good 3-0 to settle any nerves,” said Carrington, who won £3,000 for topping the group. “The heat has been a bit of a problem in the club this week so I didn’t have as many hours as I wanted to this week. I want to go deep in as many tournaments as possible and find some consistency this year.”

BetVictor Championship League Snooker continues on Thursday with Tom Ford and Reanne Evans among those in action. Live scoring along with league standings and the match schedule is available at www.ChampionshipLeagueSnooker.co.uk

O’SULLIVAN THROUGH AND O’BRIEN GRINDS OUT VICTORY

FORD THROUGH AND BAI ADVANCES AT BETVICTOR CHAMPIONSHIP LEAGUE SNOOKER