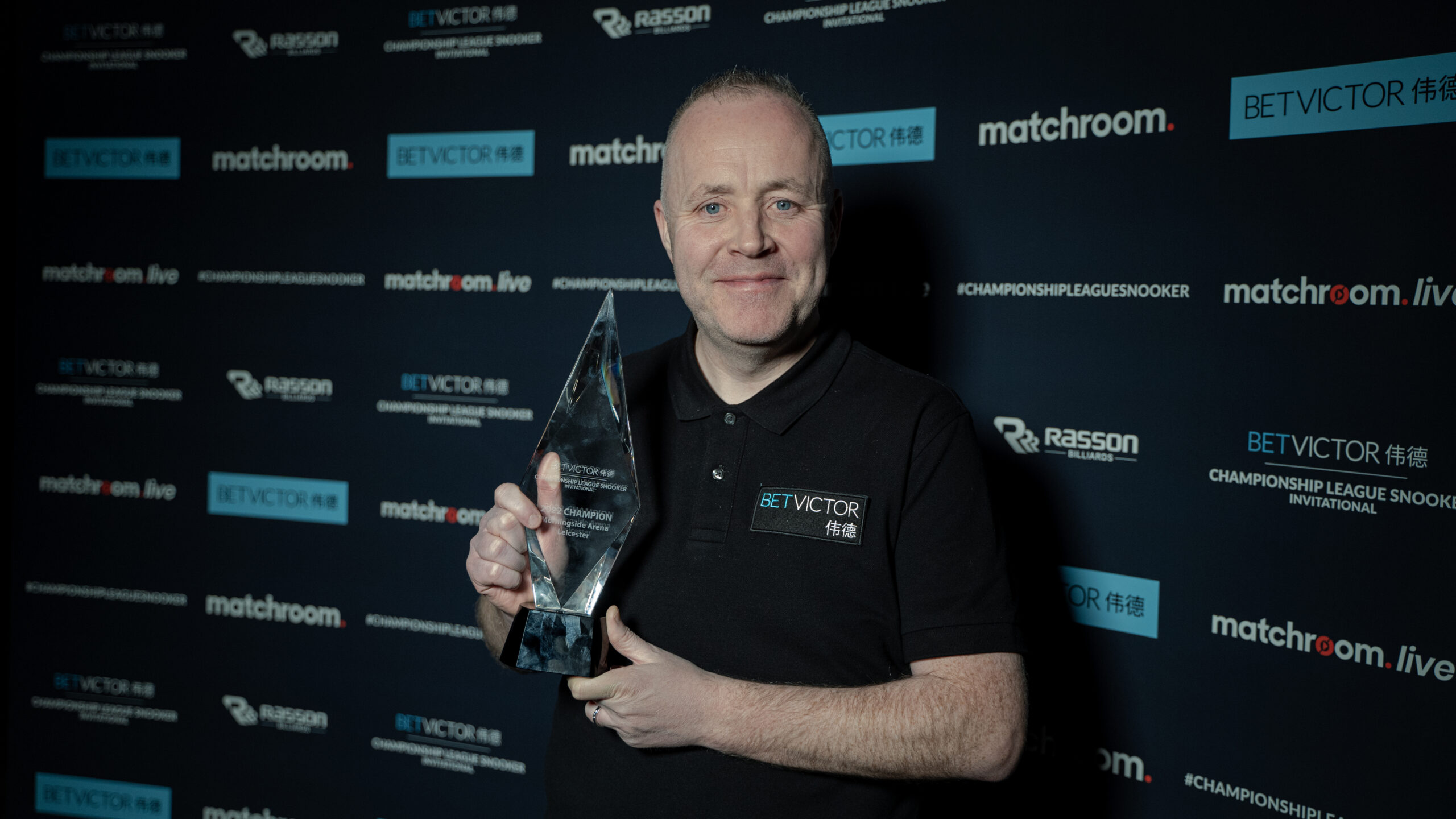 John Higgins has won the 2022 BetVictor Championship League Snooker Invitational title beating Stuart Bingham 3-2 in the final at the Morningside Arena, Leicester securing over £20,000 in prize money and a place in the 2022 Cazoo Champion of Champions this November.

Higgins entered in Group 7 on Tuesday and followed on from that form to secure a top-four place in Winners’ Group alongside Bingham, Liang Wenbo, and Yan Bingtao. Graeme Dott, Zhao Xintong, and Scott Donaldson all missed out on the top four.

Bingham set up a group final after beating Liang in the semi-finals and it started in an unusual fashion after Liang was docked a frame for arriving late to the venue ahead of their clash. The 1-0 lead for Bingham was soon 2-0 after a break of 76 put the former winner on the brink of the final but Liang hit back with breaks of 91 and 50 to force a decider. It was Bingham though who proved too strong in the end to seal it 3-2 with a final break of 65.

Higgins meanwhile had moved through the group stage with relative ease despite losing out 3-0 to Yan in the last group match. The pair were soon back out on the table for the semi-finals, and it looked like a similar result would unfold as Yan raced into a 2-0 lead. The Wizard of Wishaw soon hit back though with breaks of 56 and 76 to force a final frame decider where Higgins came out on top to meet Bingham for the title.

There was plenty of Championship League pedigree in the final with both Bingham and Higgins previous winners and it was Higgins who got off to a better start. Higgins continued his heavy scoring with back-to-back 50+ breaks to be 2-0 up. Ball Run wasn’t down and out though and made 110 at 2-1 down to force a final frame decider.

When it came to the decider, Bingham was 44 to the good before Higgins got back to seal it with a break of 88.

Higgins collected the title for the third time and ended his recent final heartache: “He was unlucky when potting the black when he didn’t get the kiss. I was probably meant to win. yan should’ve put me out in the semis. I had no pressure on me in the final. Stuart has been the best player over the last two days. I played the best I’ve played in the last two days in the final. I struggled a bit. I am delighted to win.”

“I’ve had some good match practice over the last couple of days. I am looking forward to Wolverhampton as well (to start defence of Cazoo Players Championship). Within my own self, I do not believe I have played any better.”