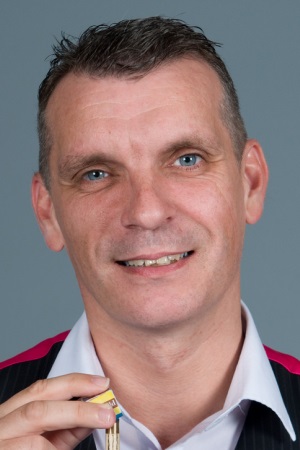 Hastings’s Mark Davis, crowned a great two days at the Ricoh Arena, Coventry as he won Group Three of Championship League Snooker, pipping Neil Robertson with a maximum in their final frame decider.

Davis, who started the event in Group One, had produced some great snooker to win four of six matches in the group stages to finish second behind Robertson. He followed that up with a 3-2 win over Ryan Day to make the final match.

In the final, Robertson took a 2-1 lead with breaks of 103 and then 73 and 66 in the third frame to leave Davis with it all to do. He levelled it in a slightly scrappy fourth before compiling his first ever competitive maximum to seal the win and book his spot in the final group which takes place on 1st and 2nd March.

“I’m over the moon, it’s been brilliant for me so far,” said a delighted Davis.

“I started in Group One and did well to get through a couple of groups and then to win one, especially in a strong group like this, was great.

“The max was my first one in a major professional tournament. The balls were there but it was brilliant to do it. I ran out of position a couple of times but I still hadn’t won the frame at that stage but I wanted to go for it as I might not get another chance to do that.

“I lost position a couple of times again towards the end but managed to get it back together again. I was pleased with that!”

Robertson will return tomorrow, to be joined by fifth place finisher Mark Williams as well as beaten semi-finalists Ryan Day and Barry Hawkins. They will be joined in Group Four by Mark Allen, Shaun Murphy and Kyren Wilson.

Group Four commences on Wednesday, January 11 at 11.00am. Live scoring can be found at www.worldsnooker.com. Group fixtures and results can be found at https://championshipleaguesnooker.co.uk/