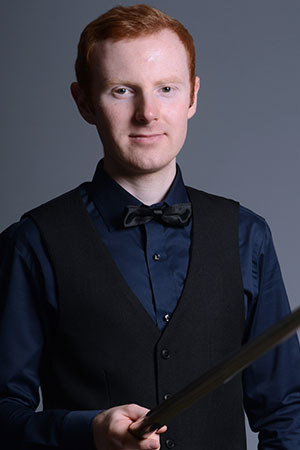 Anthony McGill won through to the Championship League Snooker Winners’ Group with a 3-0 success over Ryan Day in the Group Two final at Coventry’s Ricoh Arena.

The Scotsman is making his tournament debut this year and having lost 3-2 in the Group One semi-final against Day on Tuesday made the final this time with a 3-1 victory over Neil Robertson. Day had defeated Mark Davis 3-2 in his semi-final.

“It is a great tournament,” said McGill. “It is like being paid to practice because you don’t have the pressure of the rankings or anything like that.

“It was nice to come in early because even if you don’t win a group you can pick up a few quid and play a lot of matches but to win a group, I am over the moon. I played quite well on Table 1, but both tables played quite differently and I didn’t play well at all on Table 2.

“All the group winners will be quality players so it will be great to be involved in the Winners’ Group.”

Having finished fifth on the round robin group table, Mark Williams will return to compete in group two along with Davis, Robertson and Day. They will be joined by Joe Perry, Barry Hawkins and Ali Carter. Matthew Selt and Michael White were eliminated from the tournament. Williams took home the £500 high break prize for a 136 against Selt.

Group Three commences on Monday, January 9 at midday. Live scoring can be found at www.worldsnooker.com. Group fixtures and results can be found here.