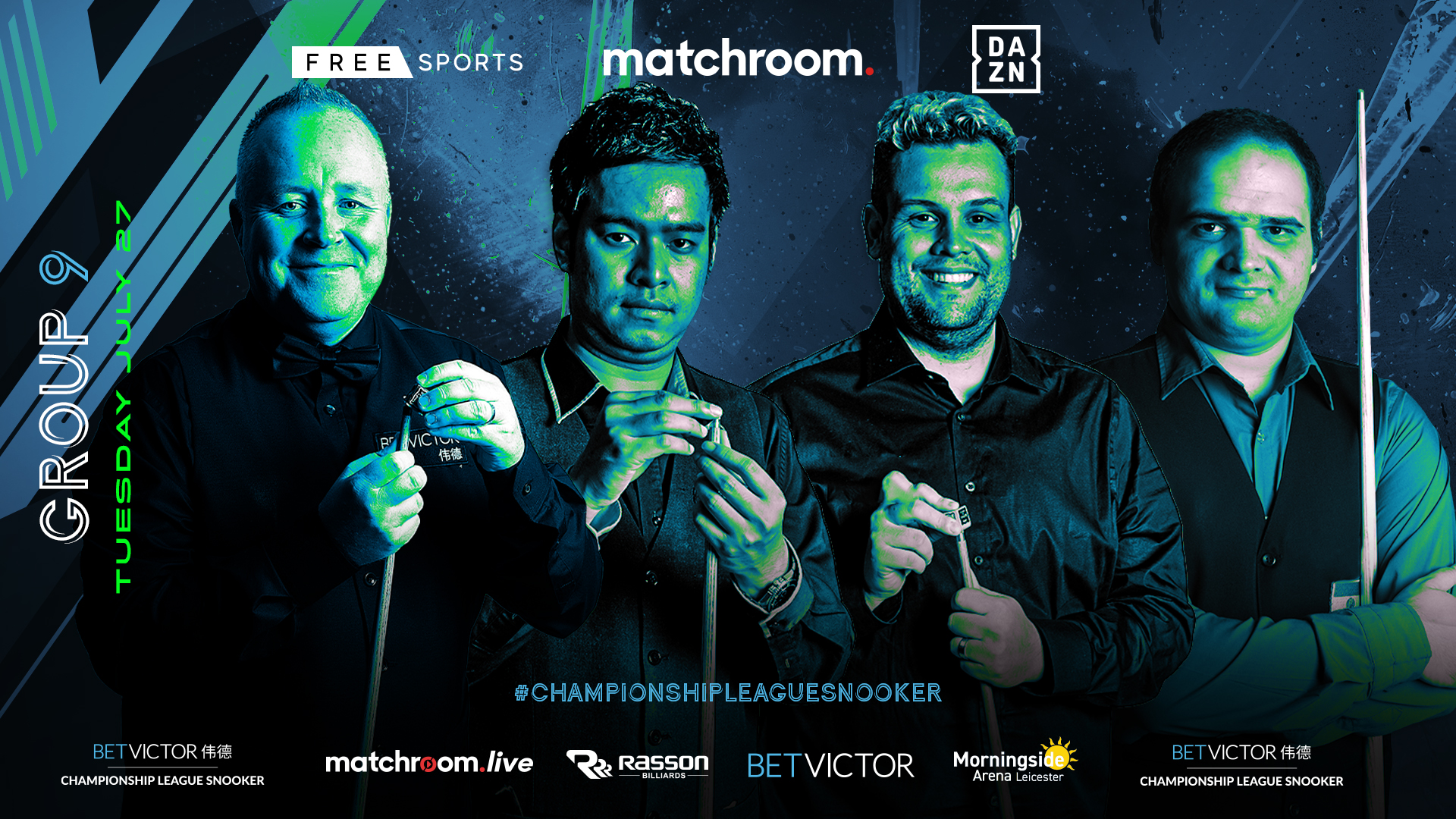 Noppon Saengkham and Cao Yupeng progressed to the second stage of the BetVictor Championship League Snooker after both went unbeaten on day eight as both top seeds John Higgins and Gary Wilson went out.

Saengkham set his stall out early dispatching both Igor Figueiredo and Soheil Vahedi 3-1 with the highlight being a break of 93 in the third frame against Vahedi.

Top seed of the day Higgins looked comfortable in his opening two matches beating Vahedi and Figueiredo without dropping a frame, but it was against Saengkham where he came unstuck.

With a winner takes all scenario in the last game it was Higgins who drew first blood and looked on to make it through to the second stage, but the tide turned from there on with Saengkham crunching in two centuries and a gritty clearance.

The fightback came with a century in the second frame before a fantastic clearance in the third where he found himself fighting for position on the colours.

The hammer blow was dealt in the final frame picking up from a red being left on from Higgins’ break to make 114 sealing all three points and a spot in stage two.

Saengkham tested positive for COVID-19 meaning he missed out on a Crucible debut at the end of last season. He was delighted to start the season strong: “My last match in an event was in March, I practiced very hard, fifteen hours a day. I felt very bad, just sleeping in my bed and seeing everybody playing in the World Championship. I was so upset because I worked very hard every day. I will try my very best this season. I’m very hungry.

“The last season I didn’t play well, and I stayed here eleven months and I couldn’t go home. Just for a few months, I could go home for a couple of months. I practiced very hard, and I tried to enjoy it. I am so happy I don’t know why.”

“In my last match, I didn’t think about the win. I just wanted to pot every ball. I played very good today and I am very happy.”

Elsewhere, matters were wrapped up quicker on Table 2 where top seed Gary Wilson crashed out of Group 26 before the evening session had even begun suffering a 3-0 defeat to eventual group winner Cao Yupeng after having to settle for a point against James Cahill.

Cao never looked fazed on his return to the professional ranks with back-to-back 3-0 victories that meant he’d wrapped up the group before his final innings against Cahill.

Cahill knew a point or all three would secure a finish in the money, but he fell short failing to get back to the table after an initial break of 37 in the last frame where Cao eventually stepped up to deliver the blow and another three points.

The 2017 Scottish Open finalist won nine frames from ten with six of them including breaks over 50 to move forwards into stage two.

STEADMAN AND GREENE NEXT INTO STAGE TWO