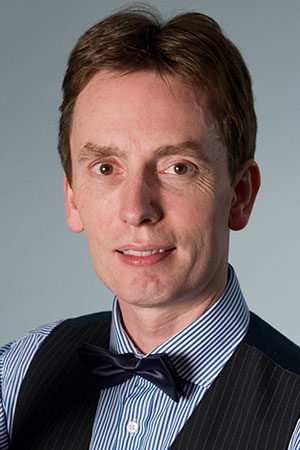 Ken Doherty and Oliver Lines both progressed unbeaten from their respective groups to the next stage of the BetVictor Championship League Snooker on Day Eight at the Morningside Arena, Leicester.

Doherty entering his 32nd year as a professional snooker player moved through to stage two in style by topping Group 14 with a game to spare after seeing off 19-year-old Ryan Davies and Rory McLeod 3-0 and 3-1 respectively. Things didn’t seem to be going Doherty’s way early on against McLeod after losing the opener on the black leaving the pink.

The Irishman bounced back though and showed why he’s one of the longest-serving pros in the game with a sublime steal and clearance of 44 in the second frame over McLeod and a high break of 81 in the final frame.

A two-all draw between Rory McLeod and Martin Gould ensured Doherty’s passage to the next stage early into the evening session.

The Darling of Dublin made the final day of the BetVictor Championship League Snooker in the last ranking event last autumn and he was optimistic as ever about the upcoming campaign: “I’m pretty pleased. The first tournament of the new season It’s nice to get off to a good start it’s nice to qualify top of the group and into the next stage. I had some great memories of playing in this last year. Got very close to the final just one frame away. I do like the format. The short format is great. Not so taxing on the old concentration. I’m delighted to get through.”

Doherty finished the day against Martin Gould where he missed out on a maximum after breaking down at 89: “It’s just a little bit disappointing in the last frame on the maximum, I had a chance and I don’t like maximums anyway! They’re overrated as far as I’m concerned. Win the frame first.”

It was a two-way battle that came down to the last game on Table 2 where Group 13 unfolded. Oliver Lines was looking to join his father Peter in the next stage whilst Peter Devlin was looking to start his second year as a professional in the best possible way.

An opening draw between the pair didn’t help matters with Lines proceeding to win his following two matches without reply against Joshua Thomond and Luke Pinches. A high break of 93 against Pinches proved to be pivotal in deciding the group as it came to the last game.

Meanwhile, Devlin went on to beat Thomond 3-0 at the conclusion of the afternoon session with his best break of the day coming in the second frame (76).

Whilst Lines paced around the venue briefly stopping for a snoop at the scores, Devlin needed to beat Pinches 3-0 and bypass the high break set by Lines to move to stage two otherwise he would finish second. In the end, the London cueist did complete a 3-0 rout but his efforts in the final frame collapsed at 33 meaning Lines progressed.

Lines was relieved to see his efforts be enough: “I’m really pleased. It’s a weird position to be in you’re not usually waiting for someone to make a high break to knock you out. It’s a feeling I’ve never had before and I don’t want to have again!”

“I was speaking to my dad after the first game, and I saw Peter was playing quite well and he won his second game 3-0. I said I was going to have to win 3-0, 3-0 here and hopefully make a few breaks.”

On the motivation of seeing his dad Peter move to the next stage: “He never ever takes a day off. You see people like myself taking days off all the time. He never ever has one day off. He deserves everything he got at Q School and he deserved to start the season how he did. I’m really pleased for him.