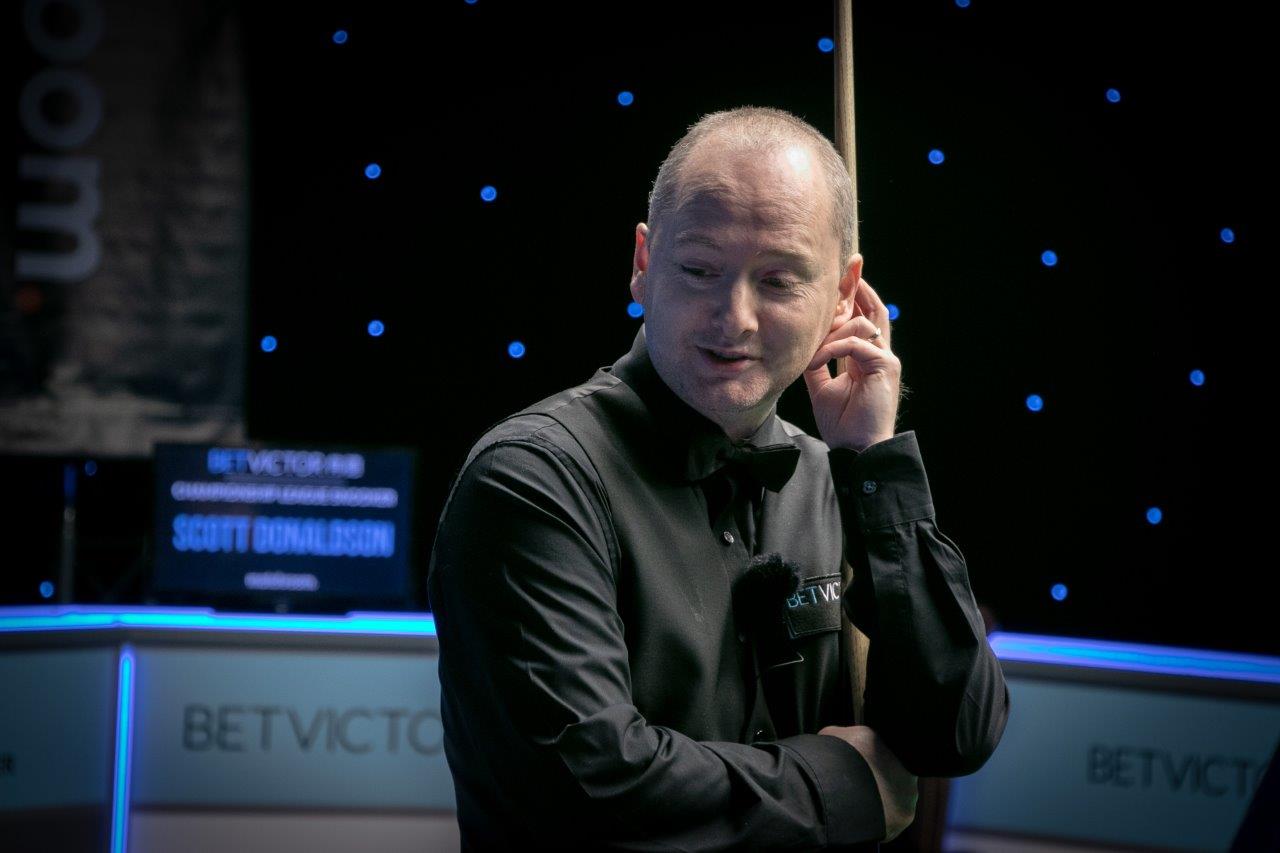 Graeme Dott has won Group 2 of the 2022 BetVictor Championship League Snooker Invitational at the Morningside Arena, Leicester beating Lu Ning in the Group Final to wrap up snooker action for the year live on FreeSports in the UK and Ireland and networks worldwide.

Dott suffered heartache on Tuesday evening after winning all six group games only to miss out in the Group 1 semi-final but there was no such pain for the Scotsman who racked up three wins in the group stage against Jack Lisowski, Gary Wilson, and Lu to set up a playoff tie with the heavy scoring Ryan Day.

The group was tight throughout with nobody breaking away from the pack with Xiao Guodong threatening to take fourth place but just missing out as  Dott, Lu, Day and Joe Perry took up the playoff spots with Xiao set to return in Group 3. Lisowski and Wilson bowed out after finishing 6th and 7th respectively.

When it came to the semi-final, Dott survived a Day fightback after going into a 2-0 lead with breaks of 67 and 65 before clinching it in the decider with a break of 49 helping the 2006 World Champion across the line to face the winner of Lu and Perry in the final.

Lu was scoring well and racked up 19 frames over the two days but faced a Perry who was the overnight leader going into the final day of the group. A break of 66 being Lu’s best taking it in the deciding frame to meet Dott who had previously beaten him 3-0 in the group.

Dott took the opening two frames before Lu made the third to close the gap, but it was Dott who delivered the break of the match for 97 to win it and take the Group 2 title: “I would’ve taken fifth, to be honest the way it was. I struggled yesterday but played well today. It was great in Group 1. It was the first time in a long time I felt like a snooker player. I felt good. I didn’t play great until the second day here but the snooker I played yesterday was really bad. I was just happy to win a match. It was a close match (against Day) – you must win some of those games though, it could go 3-2 either way. I played okay. He is very hard to play. He is a good player he is very methodical and slow, and it can be quite offputting at times. I managed to get the frames open. I didn’t want it to get too scrappy. I dealt with it okay.”