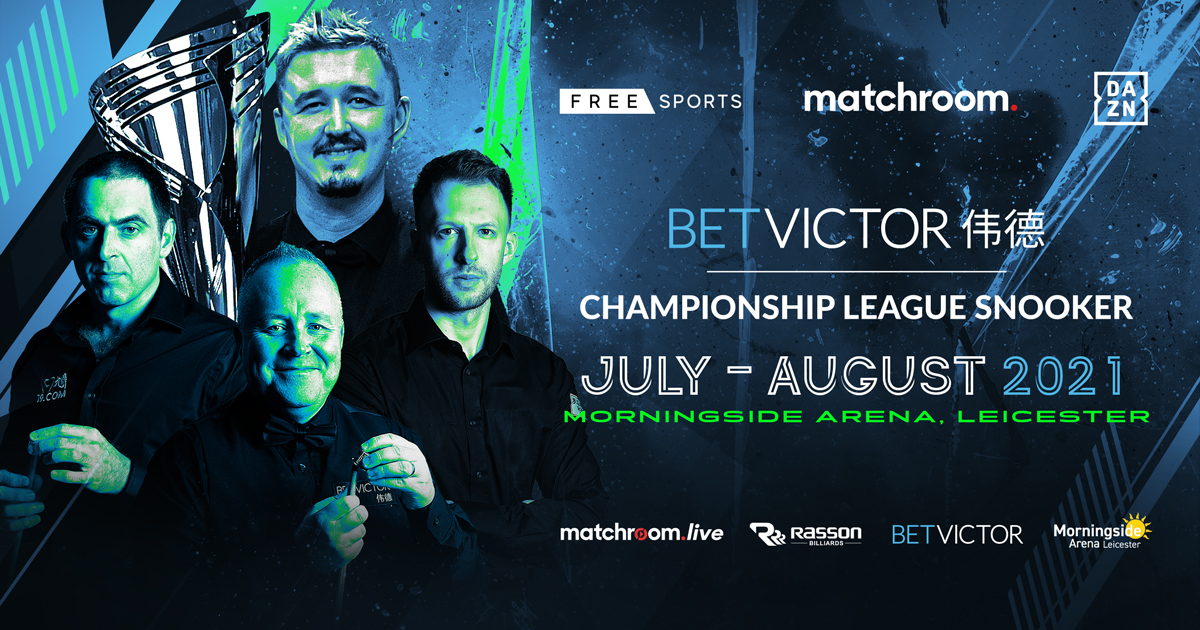 Matchroom Multi Sport is pleased to announce that BetVictor, a leading online gambling company, will continue as the title sponsor of BetVictor Championship League Snooker, which begins on July 18 at Morningside Arena, Leicester.

The WST Ranking Event tournament will run over four weeks this summer, concluding with Winners’ Week from August 9-13. BetVictor sponsored the event last Autumn, which saw Kyren Wilson lift the trophy after beating Judd Trump in the final.

BetVictor continued as title sponsor of the invitational format of Championship League Snooker earlier this year and extend their relationship with the event for this summer’s ranking event. The news follows the announcement that BetVictor have expanded their involvement in snooker by adding the Home Nations Series to the BetVictor European Series.

Emily Frazer, Managing Director of Matchroom Multi Sport, said: “We’re thrilled to be partnering with BetVictor once again. Their sponsorship of Championship League Snooker began in 2019 and BetVictor were with us when the first Ranking Event format of the tournament launched last year.

“Due to the great success of the event, we are delighted that the Ranking version will return this summer, offering all WST Tour Players the chance to compete, and it is a great line up with the likes of Judd Trump, Ronnie O’Sullivan and Kyren Wilson all confirmed.”

BetVictor Championship League Snooker sees 128 players split into 32 four-man groups for Stage One and prize money standing at £328,000. Group winners advance to Stage 2 where they play another round-robin group of four, with those winners advancing to Finals Day.

The event is broadcast live globally including on FreeSports in the UK & Ireland and on DAZN and Matchroom.Live.

With more than 500 employees across its headquarters in Gibraltar and tech hubs in Budapest and London, BetVictor is an established innovator in the gambling industry.

Established in 1946, Michael Tabor acquired sole ownership of BetVictor in 2014 having previously been a major shareholder in the business.

WALDEN AND LINES THROUGH TO STAGE TWO