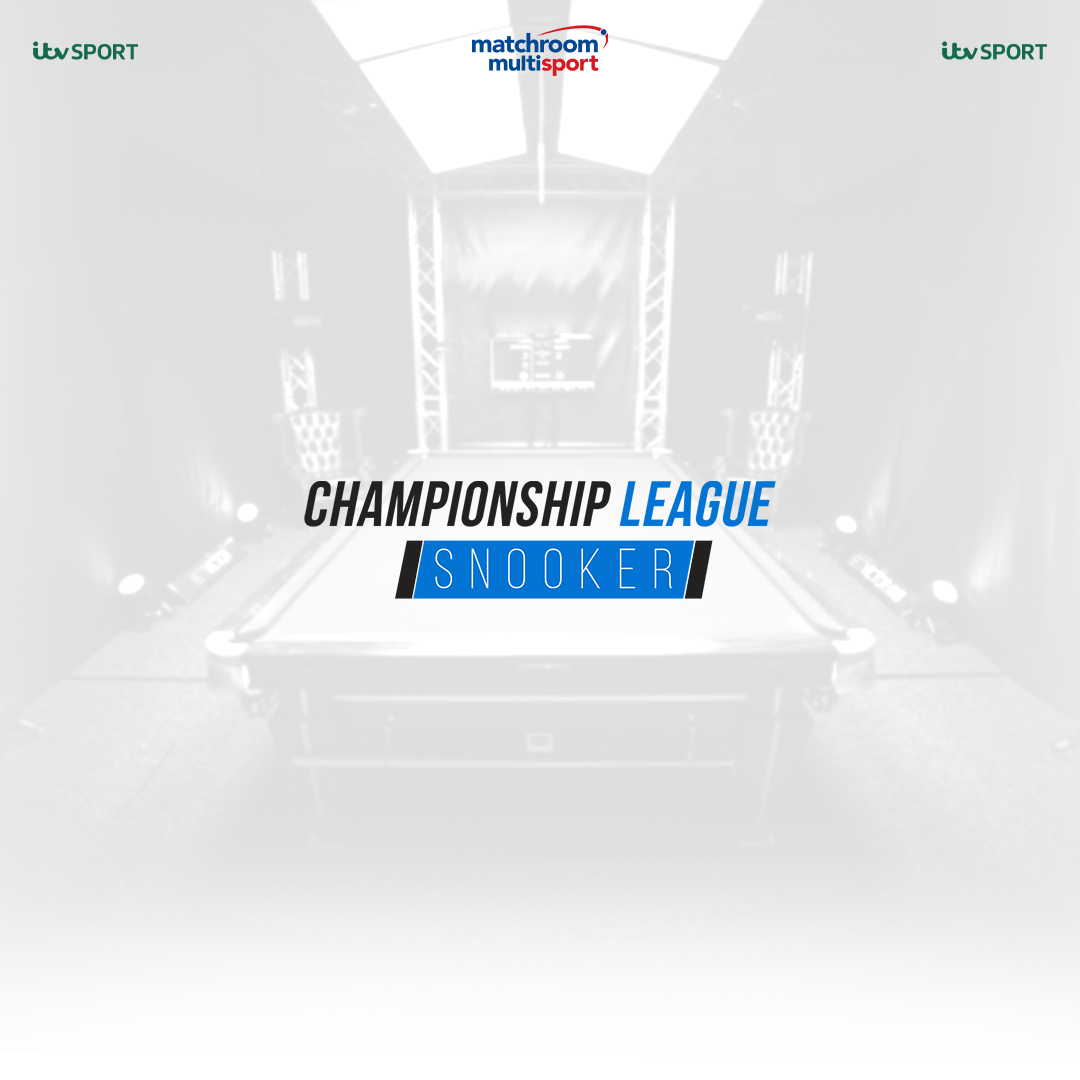 Snooker’s Championship League will return with an exciting new format from June 1st to 11th live on ITV, bringing world-class sport back to living rooms nationwide.

Featuring 64-players in round-robin groups, the new-look Championship League will take place behind closed doors at Marshall Arena, Milton Keynes with strict rules on social distancing, COVID testing and hygiene in place, in line with government guidelines. Marshall Arena has been selected as the venue as it has an on-site accommodation meaning no players, officials or staff will need to leave the venue once they have entered.

All 128 World Snooker Tour card holders will be invited to participate, with the top 64 who enter receiving a place in the tournament. Top players including Judd Trump, Neil Robertson, Mark Allen and Kyren Wilson have already confirmed they will enter the event.

Championship League will be split into three phases, with all matches during all stages played as the best-of-four frames. Play will begin at 3pm each day, running continuously until both groups are complete, with the exception of Friday, June 5th when play will begin at 4pm.

The total prize fund will stand at over £200,000. Players will earn a guaranteed £1,000 with the winner taking home £30,000 and a place in November’s Champion of Champions. Championship League will not be a ranking event and will be promoted by Matchroom Multi Sport.

All players, staff and contractors will be virus-tested prior to entering the venue and will be in isolation until their results are known. Players will require a negative test result in order to enter the venue. They will play all group matches on one day, remaining on site throughout, and will then leave the venue.

Other safety measures in place will include:

Matchroom Sport Chairman Barry Hearn said: “During the challenging times of the past few weeks we have examined the opportunities which still exist and worked relentlessly towards the goal of getting our tour going again. While most other sports remain sidelined, we are ready to return from June 1st. This sends out a message to the sporting world that snooker is at the forefront of innovation.

“Our first priority has to be safety and we have had detailed discussions with government in creating a set of approved guidelines for the event which will be rigorously followed. We are making this very clear to the players and everyone working on the event.

“We will be the first major sport to get back to live televised action. That’s not by chance, it’s because of the hard work and preparation we have done during the lockdown to make sure we are ready to get going again as soon as it is legal.

“Liaising with government advisors, we have prepared highly detailed health and safety documents which will be followed to the letter during the tournament. These measures surpass any others made in any other professional sport right now.

“In particular, procedures are being put in place for testing players, staff and contractors, which ensure that we are doing everything possible to keep the event safe. Players who have any doubts about their own welfare can rest assured that all precautions are being taken.

“I am confident that there is no other major sport which can meet health and safety criteria on isolation and social distancing as stringently as snooker can, so we are able to return more quickly than others.

“One of the reasons we have selected the Marshall Arena in Milton Keynes is that the accommodation is on site, which means that once players arrive for testing the night before they play, they don’t need to leave until their matches have finished, and they can remain isolated within the venue. It is a superb venue with ideal facilities.

“Following testing, the players will remain in an isolated environment until they are eliminated from the event. It is a group format so the group winners will leave the venue, then come back for their next group when the process begins again. Keeping players isolated at all possible times is an integral part of the procedures we are putting in place.

“These are challenging times but as always we are looking at the opportunities rather than the limitations.

“Championship League will provide 11 days of televised sport with extensive live coverage, from 3pm until 10pm each day. For the fans out there who are starved of live sport it will be a fantastic boost and a very welcome diversion from these tough times we are all going through.

“We are thrilled to be working with ITV on Championship League for the first time, with an exciting new format. The field of players and more details will be announced in the coming days.”

Controller of ITV Sport Production, Mark Demuth, said: “We know fans have been missing live action since the lockdown has been in place, so we’re delighted to bring snooker back, marking the return of live sport to free-to-air TV. Behind the scenes, our team has been working with the event organisers to ensure strict adherence to guidelines to safeguard the well-being of all involved, which is our priority.”

Further information on format and players entered will be announced in due course.