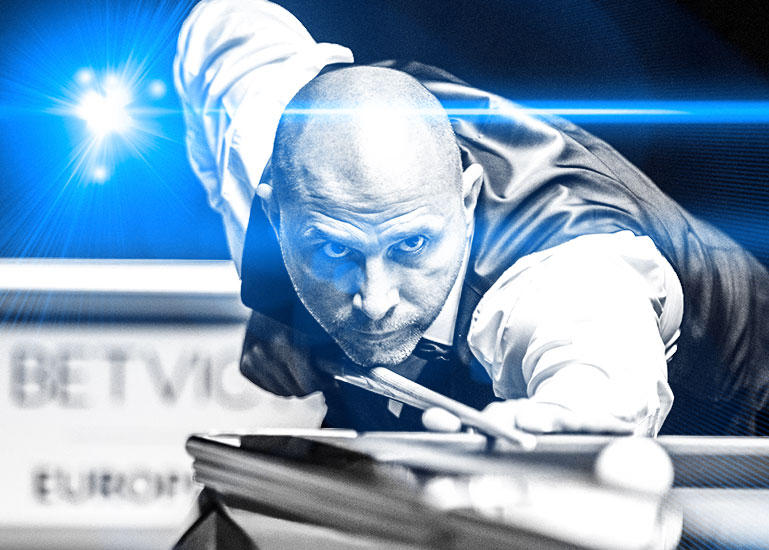 Joe Perry and Jordan Brown are the latest two players through to the second stage of BetVictor Championship League Snooker after winning their groups at Stadium MK on Sunday.

Winning the first frame of his third match was enough for Perry to confirm top spot in Group 29, but Group 20 went right down to the final frame as Brown beat Michael White 3-1 to end the hopes of both White and Yan Bingtao.

Perry had registered 3-0 wins over Steven Hallworth and Kacper Filipiak before meeting Slessor in the final match of the group. Slessor had earlier beaten Filipiak but lost to Hallworth, meaning only a 3-0 win over Perry would deny the ‘Gentleman’ a place in the next stage. However, Perry took the first frame – after Slessor had lost concentration when his mobile phone rang – to seal top spot, despite then losing 3-1 to Slessor.

“I’m pleased to come through today,” said Perry, whose 112 against Slessor was the 50th century break of the tournament so far. “I didn’t know what to expect today, I think I have struggled as much as anyone since we went into lockdown. I really focused today on concentrating which seemed to work until I had won the group, and then I switched off and could have lost to me dad!

“I know I let that match go, but I got through by a frame and Kacper was so close to winning a frame after I missed a bad red, and that could have made that last match different.

“It’s difficult to know the best way to approach the match. I’ve gone out and played a best of five in my own mind, but you have to go out there – you can’t try and protect frames, you have to go out all guns blazing for the win.”

Brown’s progression was only confirmed on the pink of the fourth frame of his last match against White, who himself would have qualified had he won. A draw would have seen Yan advance by highest break, but Brown took a 3-1 win to take top spot.

The first stage of BetVictor Championship League Snooker concludes with Groups 31 and 32 on Monday. Coverage of both tables will be available at Matchroom.Live, with UK television coverage on Freesports.